The idea behind dirt scooters is that they can be ridden anywhere. They could be described as a street scooter but with BMX or off road features. They are also know as all terrain scooters (ATS) and sometimes BMX stunt scooters. Use them along country trails, on BMX tracks, dirt tracks or even in skate parks.

The main difference between a dirt scooter and your average scooter is the wheels. Instead of being solid they are made of rubber and are inflatable with a tyre and inner tube like a bike. They are much larger than normal scooter wheels and can cope with rougher terrain.

Here are some of our favourite dirt scooters

The bikestar scooter is suitable for children from age 5 and up. It is perfect for children who live in the countryside and want to ride on grass or along dirt tracks. The wheels are 10 inch and filled with air. The frame is very strong and is made from steel tube. The rear brake is operated from the handle bar which makes it easy for young children to use. It is also very strong.

This scooter is designed for children so the maximum rider weight is 50kg. It is built with safety in mind and all the impact points are covered with a flexible protective cover.

So all in all this is a well built off road scooter built for younger children. It costs around £55 on Amazon.

For slightly older children you might want to look at the Bikestar 12S Sport Edition. This is for children aged 7 years and up and has bigger 12″ tyres. For more information read our review of Bikestar Scooters.

TBF or Two Bare Feet are a popular brand of scooter and their dirt scooter or all terrain scooter as they also call it, is no exception. The deck is aluminium but the fork is steel and is very strong. It has a quadruple clamp for extra strength. The wheels are pneumatic tyres with ABEC 5 bearings.

This dirt scooter is for children aged 8 and up and has a maximum rider weight of 100Kg.

This dirt scooter is priced around £60 (current price) which is at the cheaper end of the dirt scooter market. It is still a good robust scooter though and is a great all round dirt scooter for children who want to ride on rougher terrain. As with all TBF scooters, this is great value for money !

Razor are another well known scooter brand who have ventured into the dirt scooter market. This particular scooter, the Razor RDS dirt scooter costs over £100 (price on Amazon) but is a very well built quality scooter. Like the TBF scooter it features an aluminium deck and steel tube frame. It has a triple clamp which is not quite as good as the TBF quadruple clamp.

This scooter is designed for children aged 10+ and has a maximum rider weight 100kg but Razor recommend a limit of 54Kg when ridden aggressively. As you would expect from a manufacturer like Razor it is well built and will last a long time if looked after !

Here is a youtube video showing you what you can do with the Razor RDS dirt scooter.

For children aged 12 up to adults this is a great off road dirt scooter. It is very strong but also very light with an aluminium deck and chromalloy bars. The quality and build are reflected in the price. It is currently reduced to £99 on Amazon down from around £150.

The wheels are designed for offroad use and are 200 x 50mm Pneumatic Off Road Rubber which can be inflated with a bicycle pump.

The Osprey dirt scooter has a triple clamp, Tubular BMX style forks made specifically for tackling dirt and comes in a variety of colours.

This site uses Akismet to reduce spam. Learn how your comment data is processed. 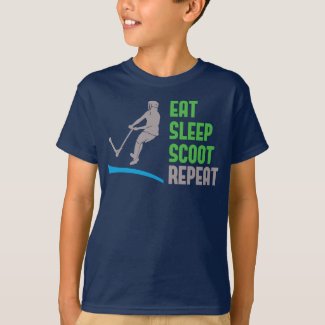